How To Use The Lookup Function In Excel

There are a multitude of really great techniques to find information, the focus for today is Lookup Function in Excel the Excel lookup function.

If you are not entirely sure how to work with this lesser known formulas, I recommend going to the FORMULA Tab in the Ribbon under Lookup & Reference as highlighted. 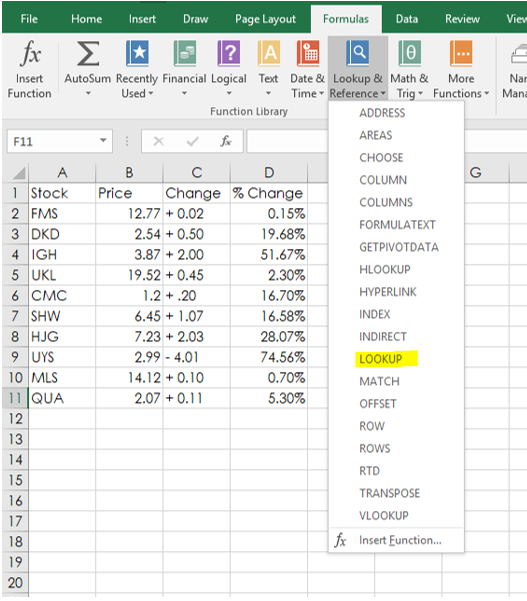 The LOOKUP Function should be used when you are searching a single row or column for one piece of data in order to retrieve another piece of information within the same position. For example, you know the stock code but want to know what the price of the stock is. You’d use LOOKUP to locate the stock code and retrieve the price.

The VLOOKUP or Vertical Lookup

should be used when you need to find data within the worksheet by row. Similar to LOOKUP you would use this to search by stock code to find the price by searching across the row. HLOOKUP or Horizontal Lookup is used when you want to search down columns for information,

it starts by searching the first row for the value and then moves down the column to find the second value. Let’s look at the three lookup functions to see which is best during certain circumstances.

How To Use The Lookup Function In Excel

When LOOKUP is selected from the Lookup & Reference Button a dialog box will appear asking which argument you will be using Vector or Array.

Vector is recommended when using the LOOKUP Function. If you would like to use Array it is strongly recommended you use the VLOOKUP or HLOOKUP Functions instead. The Vector form searches a specific vector (either one row or one column range) for a value and then returns a value from that same position in a different vector.

The formula for the function is : 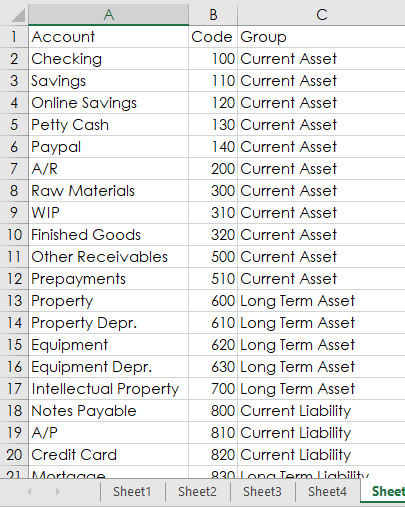 Example 1: Find the Code for “Property”

Example 1: Who didn’t have any sales during Quarter 1?

The Lookup Function in Excel is a great function for quickly searching a worksheet to find a specific value.

Example 1: Who didn’t have any sales during Quarter 1?

The Lookup Function in Excel is a great function for quickly searching a worksheet to find a specific value.