How To Find Mean In Excel

In Excel, the Mean is referred to as the Average. To find the mean of a set of numbers you add all numbers within the group and divide the total by the count of those numbers. In the business sector, the mean is the most commonly used measure to find the average of a set of values.

Take Sales for example, it’s not uncommon to use the average sales from a previous year to predict future years’ sales.  However, the mean is only as accurate as the data being measured. If there are outliers in either direction they will seriously distort the average pulling it more to the side with an outlier.

The formula or syntax

How To Find Mean In Excel To find the Mean with Excel is =AVERAGE(number1,number2…) you can manually enter the numbers into the formula or you may select a range of cells that have the numbers within them.

The formula can also be found in the FORMULAS Tab within the Ribbon, select More Functions and AVERAGE is in the Statistical Menu.

In the following example, we are evaluating our top ten salespeople on their quarterly sales for the year. 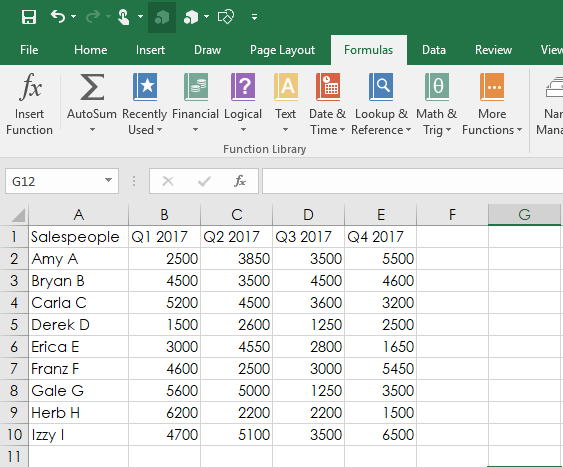 Find the Average in a Row:

Find the Average in a Column:

Find the Average in a Range:

Calculating the year’s average sales across all salespeople enter =AVERAGE(B2:E10) to get $3,655.56 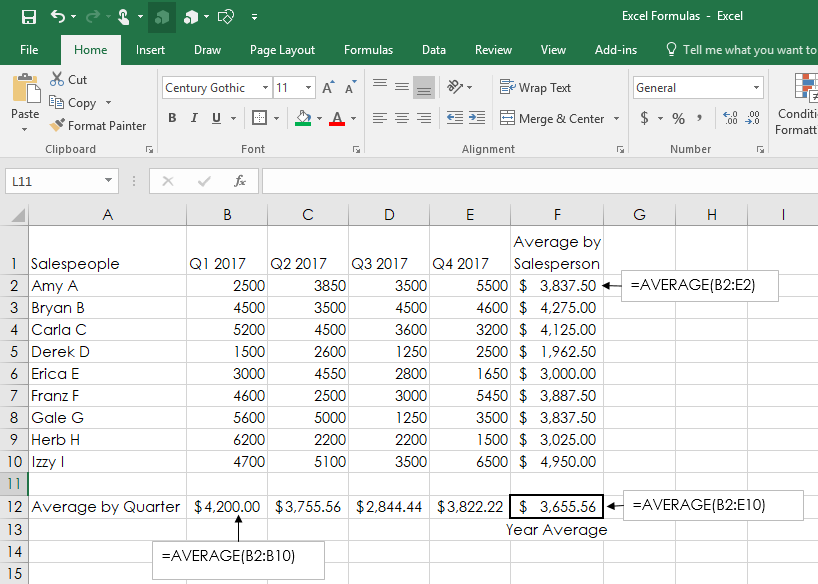 Find the Average in Non-Adjacent Cells:

Find the Average of a Range and Cell:

The AVERAGE function can also be used to find the average percentage, average time, and dates. 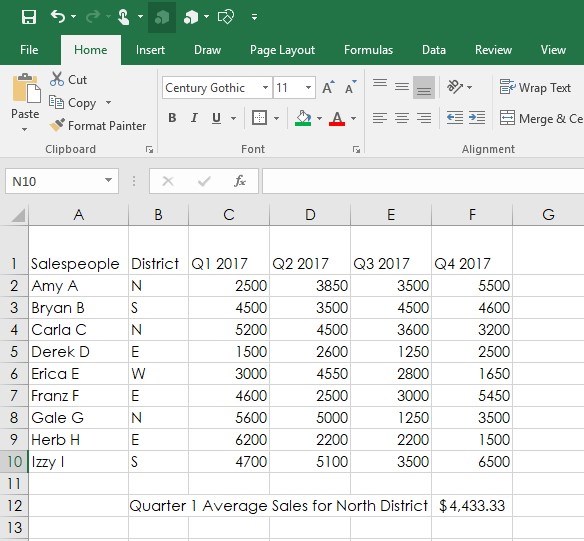 We know the Average 1st Quarter sales are $4,200.00 but what was the average travel time to get those sales?

=AVERAGE(D2:D10) shows an average travel time of 4 hours and 3 minutes.

What is the average commission that the salespeople earn?

When do the salespeople typically make their first sale? =AVERAGE(F2:F10) shows the first sale is usually made by 1/31/17. 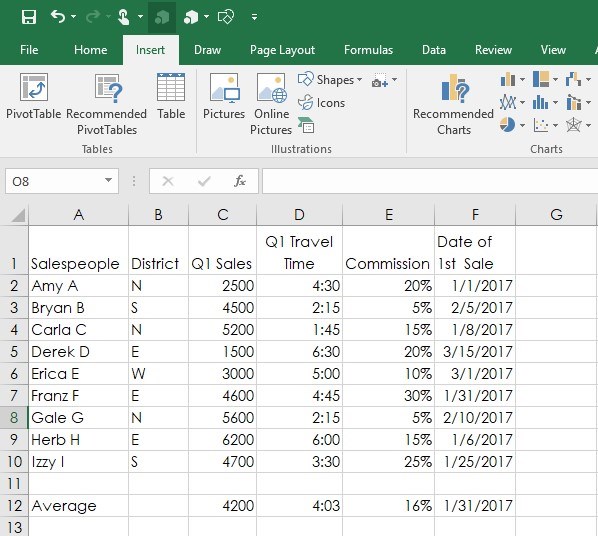 How To Find Mean In Excel using the AVERAGE function

While using the AVERAGE function is relatively simple and versatile there are a few types of data that will be ignored when Excel is making its calculations.

Note: Using the AVERAGEA Function you can include Written Numbers and Boolean Values.