We have been able to get data from excel, either by importing or linking. We can pretty much do the same thing with data that is already in another access database. Now, if you are developing some access databases for different reasons for different purposes. They still might have common data that you wish to share or to Move between databases that are achievable. So in our client's database, we might want to import from the adventure works database.

The stores that are currently held within there well this is done through external data, new data source from the database. It's from An access database. We then need to tell it where that database is, so in my documents area. There are Adventure works. Open what do I want to do import or link. I want to import a Table or any of the other objects. In fact, we are not just restricted to importing the data. We could import queries. 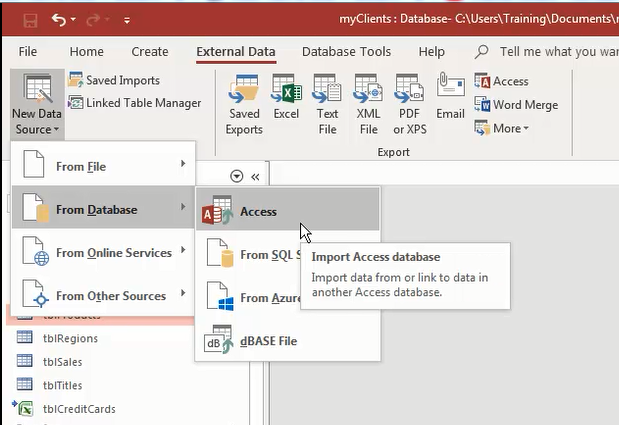 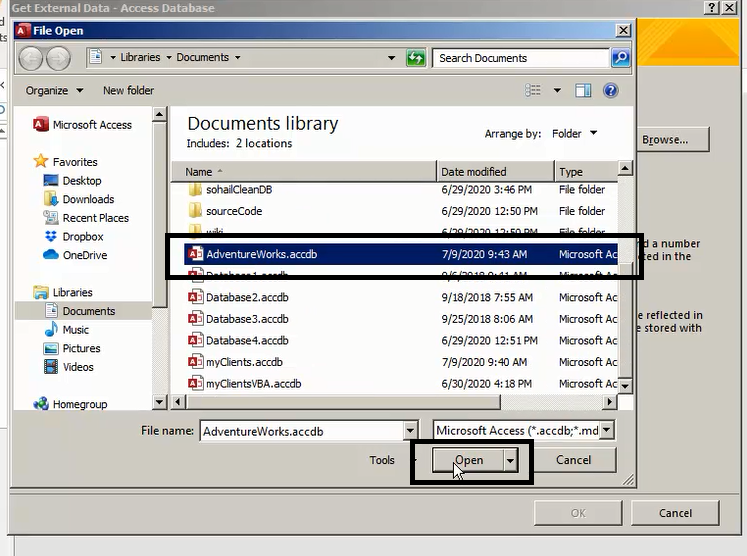 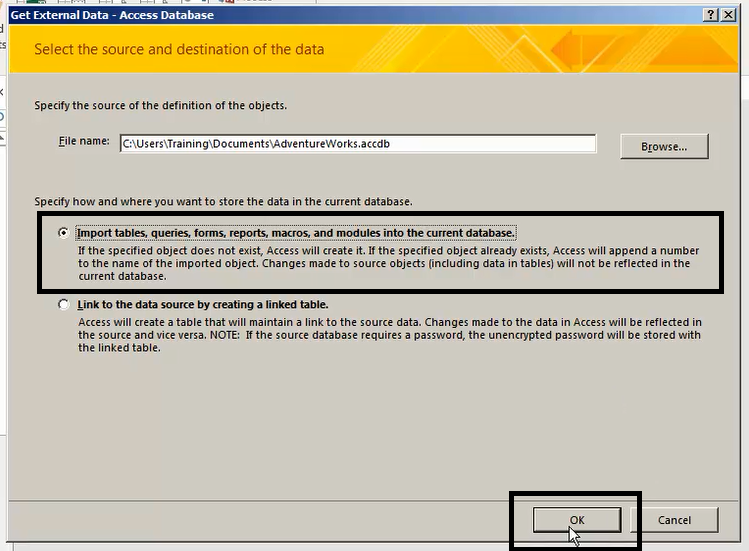 The Introduction To Access Macros. We could import forms reports macros and VBA modules that exist in the database, which we would want to use in this one Okay. Then we get the import dialog box, which allows me to go through each of the sections. And say okay is there anything in here, I want there any modules macros any reports. Any forms there aren't any, but there could be any Queries. There are or any tables, that I would like to import into my current database. 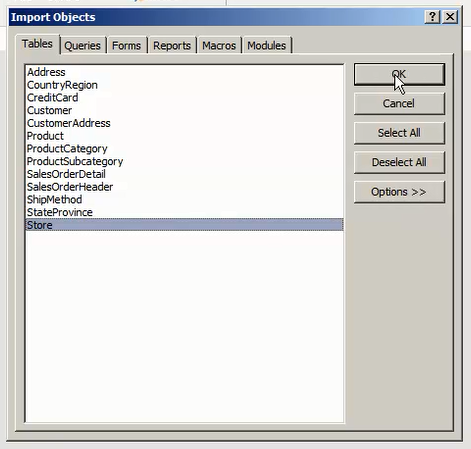 Well, I actually quite like the store information please okay. Do you want to save the import of the store as a step-like? We did during one of the excel imports? No Close the store is then imported here, we are Store, and that has a list of all the company stores. that are in use the only change. I personally would make it to rename it. So that it has my Prefix Tbl store in design. I then see that the store id is the order number, custom id, which is the number. Then the name of the store short text is restricted to 50 characters.

So that table now exists in my database, I can do anything to it I can delete people. I can add new people to it. It will have no effect on the store Table. In the adventure works database. Essentially I have just imported it. It's now mine to make use of as I see fit, and we can do that with any set of data from any other access database. An alternative will be to share data. By linking to a table in another database quite useful for address information or shipping information. So I need to go pretty much the same steps to start with anyway external new data source from the database.

The Introduction To Access Macros. It's an access database I have then got to tell it where the database is. It's the adventure-works Database this time I'm not importing. There's some I'm linking by linking to the data any changes. I make seen by the other database, and it changes the other database makes. I see in my database okay table that I'm interested in linking to notice. You can't link to other objects. You can only link to tables, that's why the other tabs aren't here. 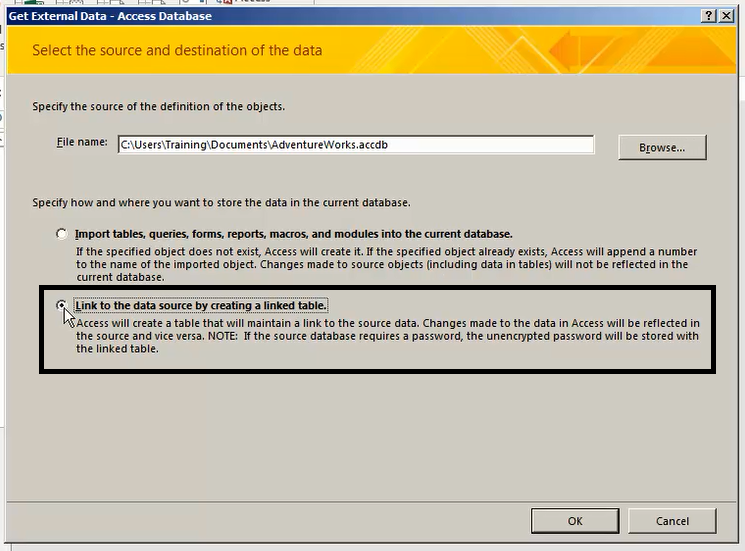 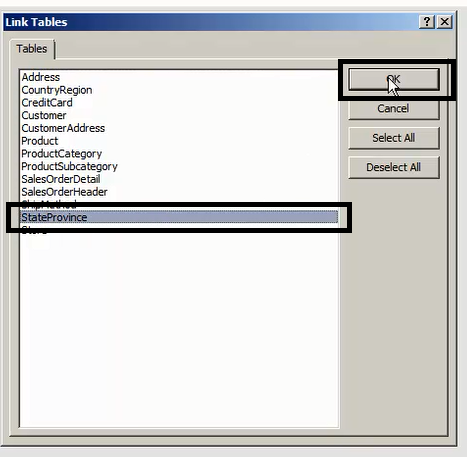 The Introduction To Access Macros unable to change the structure

Not only here but in adventure works. They will see any changes I make to the data. What I can't do is change the structure of the table. If I try to go into the design of this table. It says this is the link table, and you can't change the design of it. But you can have a look alright, I will have a look. So I can see the order number a short text for the province code short text the region code. The name for the actual region, but I can't physically make a change. It looks like I can, but if I then try to save. You can't save the changes for a linked table, do you want to continue.

Anyway, I'll try please, but then obviously I can't do anything. So undo close reopen It's now called name which it was in the first place. So I can't change the structure, I can't add a column, I can't rename anything. I can't make any changes to the structure, but I am in control of the data. So my new region, which I have added will appear on the other side. So that's a linked table it sits in another database. The other database can make changes to the design and to the data. The other database can only make changes to the design. If I'm not currently connected to it. Just as a little caveat there.

The Introduction To Access Macros & Explore the database options

If you're using a table, that's in other databases as linked. All those would need to be closed. Before you can make a structural change, let's link to another table so external data resource from the database. It's an access database which access database is it guy well it's the adventure works. One I'd like to link again okay. This time I'd like to link to the shipping methods okay. It's a link table got a little blue arrow.

When I open it, I can see all the shipping methods, so these shipping methods effectively can now be used by this database, my client. and by adventure works just as we've done with the provinces any changes. I make seen in both Places, and changes the other database makes are Seen in both places, but I cannot change. The structure of this table's been built by the other database. All I can do is a link to it. It asks me if I want to save the changes while I can't. So we will say no, so that's linking tables or importing them. You don't need to decide, which is the best for the current set of data, that you are using. 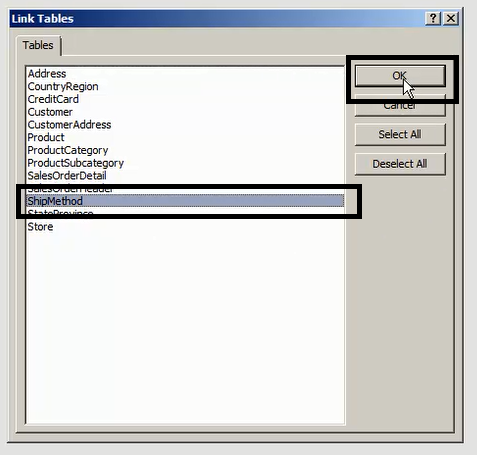 It asks me if I want to save the changes, while I can't. so we'll say no, so that's linking tables or importing them. You'd need to decide which is the best for the current set of data that you're using. if you need to share that between databases then a link is best. If you just want to take a copy of it. So you can use it in another system. Then importing is best, either way, the data is in both places, or it's in one place and linked to in the other and is editable from both sides.
SAslam2021-01-08T16:19:58+00:00Uncategorized|